From coining of the term “aromatherapy” in 1937 by a French chemist to the ancient practice of mummification, essential oils have a long-standing history with roots in the worlds of hard science, natural medicine, and spirituality. Modern day studies on volatile oils span across ailments such as depression and cancer treatment.

But as we continue to find new uses and resources for essential oils, the history of these natural remedies can also teach us about ancient cultures. For thousands of years, societies included oils and extracts in medicinal and religious practices and some of these techniques and formulas remain in use today.

While Egypt is usually given credit for being the first to use oils, there is evidence aromatherapy was also being used around the same time in China and India. Broaden your horizons and find inspiration from the past with some background on essences from some specific regions including:

While Egyptians were not alone with their use of aromatics nearly 5000 years ago, they receive credit for inventing the first method of extracting essential oils by distillation. Archaeological evidence supports Egyptians use a machine to obtain oils, such as cinnamon and clove, for embalming practices.

Being considered one of the longest lasting and complicated cultures, the Egyptians use of essential oils ranged far beyond respecting the dead. Many Egyptian gods had specific fragrances dedicated to them with incense or oils used during prayer and placed on and around their statues. Balms and resins were prepared in medicines by priests, and the practice of extracting oils is preserved in temple hieroglyphs.

Not all uses involved reverence either. Egypt was decadent in their use of oils for cosmetics and perfumes. Essentials were prized gifts for royalty and foreign visitors alike.

The Father of Traditional Chinese Medicine, Shennong, tested hundreds of herbs in search of their medicinal values. His promotion of agriculture in ancient China supported one of the oldest medical texts to survive. Shennong’s Herbal contains information on over 350 different plants.

The Yellow Emperor, Huang Ti (also spelled as Huángdì), believed so strongly in the use of aromatic oils that The Yellow Emperor’s Book of Internal Medicine is still a foundation text in the modern study of eastern medicine over 3000 years later.

Calming oils, such as mandarin, were developed in the Chinese culture and used in modern life for everything from acne and pain treatment to helping battle cancer.

Ayurveda is a term used interchangeably with traditional Indian medicine. The Sanskrit translation breaks down into “Ayur” as “life” and “Veda” to mean knowledge. This heritage going back over 4000 years includes uses for over 700 oil substances.

While essentials were used as antibiotic treatments during plagues, Ayurveda goes a step further and integrates their purpose to the spiritual aspects as well. Certain oils associate with relaxing the body and mind and encouraging meditation, restoration, and achieving inner peace.

Hippocrates was not only an ancient Greek physician, but he is also considered the father of medicine. His use of essential oils for healing and not just fragrance found inspiration in the stories from soldiers who had traveled to India. He researched and documented the healing properties of over 300 different plants. His name should sound familiar as modern doctors today all swear to uphold the Hippocratic Oath, inspired by his philosophies.

Hippocrates was not alone. Another famous Greek physician who understood and practiced medicine utilizing essential oils was Galen. His work with as a surgeon and doctor for gladiators – Galen would boast that no gladiators died when under his care – led him to become the emperor’s physician. He divided many plants into medicinal categories still referred to as “Galenic medicine” today.

Known for lavish bathhouses and the use of fragrant oils in massage, the Roman culture was influenced greatly by Greek traditions. Even when the Roman Empire fell, the scholars made a point of taking books by both Hippocrates and Galen with them to preserve the knowledge.

For those who prefer to gain their history from Biblical texts, understand that essential oils are referenced many times. From the gifts of frankincense and myrrh given to the Christ as a child to the oils used to anoint and bless those in need, the Bible provided recipes for some blends still used in modern day.

Despite the temporary setback of essential oil use being deemed as witchcraft in the Middle Ages, knights and peasants alike used oils for treatments such as wound care to avoid infection or burning incense during outbreaks of disease. Nobility also used them for decadent fragrances and perfumes.

Most of the modern history (within the last 100 years) for essential oils and aromatherapy traces to France. It started with a French chemist named Gattefosse who suffered a serious burn during a laboratory accident. He reportedly dipped his severely injured hand into the closest available liquid – a tray of lavender oil. Not only did his hand heal, but there were no scars or infection. He then turned his research to essential oils and coined the term “aromatherapie.”

Gattefosse’s colleague, a doctor for the French army named Jean Valnet, began using essential oils to treat soldiers injured during various conflicts and wars. Oils became substitutes for antibiotics when supplies ran out and are credited with saving many lives.

Valnet continued working with essentials and eventually published The Practice of Aromatherapy, a comprehensive text on the subject. As recently as the 1990s, French scientists – biochemist Pierre Franchomme and Dr. Daniel Pénoël – coauthored L’aromatherapie Exactement, cataloging the properties of over 270 oils.

Research continues on the effects of essential oils in treatments for depression, chronic and acute pain, fungal infections and cancer. Understanding and studying the history of these essences inspires scientists to find new medicinal methods in a time where bacteria consistently evolve resistance to antibiotics and other medications.

Below are the current best sellers in Amazon: 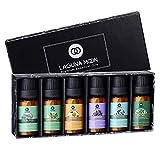 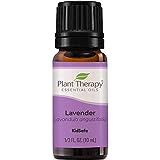 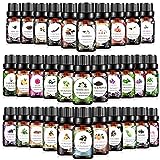 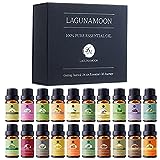 As a participant in the Amazon Services LLC Associates Program, this site may earn from qualifying purchases. We may also earn commissions on purchases from other retail websites.