Essential oils are marvelous oils that are truly essential in helping us with various ailments and afflictions whether they be physical or emotional. Patchouli essential oil is a helpful oil that has been used over the past few decades for its many benefits. We are excited to share with you a few of those benefits so you can purchase patchouli oil for yourself and reap all of its benefits.

What Is Patchouli Essential Oil?

Patchouli essential oil is an essential oil commonly used in aromatherapy. It’s sourced from the leaves of the Pogostemon Cablin plant which is a perennial herb that’s native to the tropical regions of Asia. It is said to offer a large variety of health benefits. This essential oil is sometimes used as an ingredient in incense, perfume and in skin-care products. 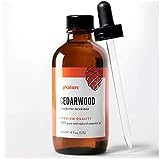 The History of Patchouli Essential Oil

The spicy, musky, warm scent of this essential oil is often referred to as the “hippie scent of the sixties.” It belongs in the same family as other well-known and highly valued plants such as lavender, mint, and sage. In Asian regions such as China, India, Malaysia, and Indonesia where it originates from, it is used it in traditional folk medicine to treat hair problems like dandruff and oily scalps, as well as skin irritations like dryness, acne, and eczema.

Patchouli Became Widespread in the 1960s

But its origins far predate this by centuries. Its high value inspired early European traders to exchange patchouli essential oil for gold. It is also believed King Tut was buried with 10 gallons of patchouli inside his tomb. Because it was used to scent Indian fabrics such as fine silks and shawls to rid them of moths and other insects in the 1800s, patchouli gets its name from the Hindi word “pacholi” meaning “to scent.”

There Are Three Species of the Patchouli Plant

They are called PogostemonCablin, Pogostemon Heyneaus, and Pogostemon Hortensis. The Cablin species is the most popular one, and it is cultivated for its essential oil, as its therapeutic properties lend it a relative superiority over other species. Today, it’s used for various purposes and is especially valued in the perfume industry, as it gets better with age.

Other popular uses include aromatherapy, cosmetic products, home cleaning products, and clothing detergents. Through any of these uses, the calming scent of the essential oil relieves anxiety, stress, and depression. This makes it very effective for achieving relaxation, especially for those who enjoy practicing meditation.

Patchouli essential oil’s active chemical components contribute to the therapeutic benefits that give it the reputation of being a grounding, soothing, and peace-inducing oil. These reasons make it great for cosmetics, aromatherapy, massage, and in-home cleansing products to purify the air and surfaces. You can attribute the healing properties of this essential oil to the oil’s anti-inflammatory, antidepressant, antiphlogistic, antiseptic, aphrodisiac, astringent, cicatrizant, cytophylactic, deodorant, diuretic, febrifuge, fungicide, sedative, and tonic qualities among other properties.

The main constituents of patchouli essential oil are:

If this is not enough for you, there are no less than sixteen additional benefits of patchouli essential oil.

By helping those who suffer to get over feelings of sadness or loss and instead fills them with new hope.

Particularly inflammation or irritation that results from a fever (also offers relief from the fever itself) and will treat conditions such as arthritis and gout.

Prevents Infections such as wounds and ulcers that develop and are at risk for becoming septic. It also protects against the possibility of tetanus.

Meaning, it’s great for treating sexual problems such as impotence, loss of libido, disinterest in sex, erectile dysfunctions, frigidity, and sexual anxiety. It stimulates hormones in both men and women!

It also stimulates the contractions of muscles, nerves, and skin. It strengthens the hold of gums on the teeth, prevents sagging skin, hair loss, and loosening of muscle tissue. It will even help stop hemorrhaging by contracting blood vessels and acts as an anti-aging substance.

6. Speeds Up the Healing Process

For cuts and burns, it speeds up the healing process and quickens the fading of scars, too.

And, it promotes growth by stimulating the generation of new cells and boosts energy by helping the production of red blood cells.

This oil eliminates bad odors with its strong, sweet, spicy, and musky aroma.

Thanks to its antiphlogistic properties.

It does this by providing protection from infections such as Athlete’s foot.

Yes! The oil drives them away, too (even the particularly pesky ones like bed bugs).

Also stops breakouts due to allergies.

14. Acts as a Tonic to Tone Up the Whole Body

The oil also optimizes metabolic functions such as the decomposition of food and the absorption of nutrients by toning up the liver, stomach, and intestines.

It provides relief from constipation and can be a temporary antidote or salve against insect bites.

This oil can be blended well with essential oils of bergamot, clary sage, geranium, lavender, and myrrh.

Patchouli essential oil is generally recognized as safe for topical application with a carrier oil and for essential oil diffusers. Overuse of patchouli should be avoided because it can precipitate strong sedation, lethargy, and appetite loss. Pregnant women should avoid using this oil, especially after the first trimester. If you are on prescription drugs, check with your primary physician or doctor before using as it could have negative interactions with the patchouli essential oil.

The New Directions Aromatics association does not recommend the ingestion of essential oils. It is important that you consult a medical practitioner before using this oil for therapeutic purposes. You should store this essential oil in an area inaccessible to children, especially those under the age of seven. The sedative properties of this essential oil can alter one’s energy levels. Individuals recovering from illnesses or who suffer from eating disorders should avoid this essential oil as it could cause a loss of appetite.

Scent May Be an Irritant

Also, keep in mind that the long-lasting, pungent aroma of patchouli, though sweet and alluring to many, may be too strong and unpleasant to some people. Be cautious about using this or inhaling too much of it as its aroma can irritate those who are sensitive to it. It may prove too long-lasting and thus unpleasant over time to those who are sensitive to it, as well as irritating or overstimulating. The strength of its scent means it can be used sparingly and still be therapeutically beneficial.

Use in Moderation and Dilute Accordingly

When applied topically, this essential oil should be used in dilution and in small amounts, as using the oil directly or in high concentrations might cause skin irritation. Test it on a small patch of your skin before engaging in widespread use so you can see how your skin reacts. Dilute the essential oil in a carrier oil and apply a small amount to a tiny area of your skin you know isn’t particularly sensitive. Some examples of excellent carrier oils that have health benefits of their own include coconut oil, olive oil, jojoba oil, sweet almond oil, argan oil, avocado oil, and grapeseed oil.

Once applied topically, avoid sun exposure as the oil may sensitize the skin to UV rays and cause a larger chance for a sunburn. Patchouli essential oil must never be used near the eyes, inner nose, and ears or on any other particularly sensitive areas of the skin.

We hope our article on the benefits and uses of patchouli essential oil has shed light on its many health benefits, and that you have a better understanding of how you can use it yourself. It is a mood enhancer, antidepressant, an antiseptic, an antifungal, an anti-inflammatory, bad odor equalizer, cold and fever fighter, age reverser, kidney and gallbladder protector, dental health guardian, aphrodisiac, insect repellant, scalp healer, and anti-cellulite oil all in one. Head over to Amazon and pick out a reputable brand of patchouli oil so you can enjoy the benefits of this amazing essential oil. What are you waiting for?